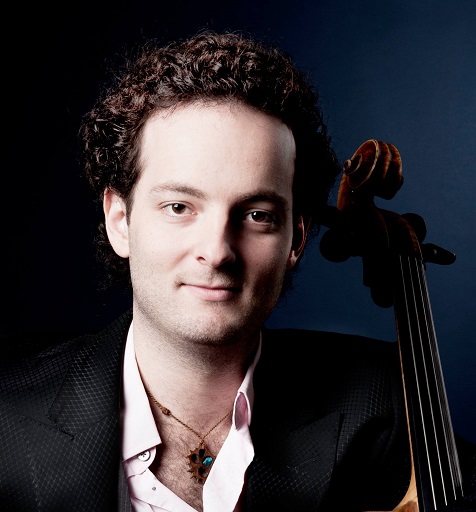 The young American cellist Eugene Lifschitz has been performing in recitals and as a soloist with orchestras around the globe since the age of 10 with appearances in Bolivia, Germany, Italy, Mexico, New Zealand, Peru, Romania, Russia, Spain, Ukraine, Austria, and the United States.

“At the beginning was a vocal, Schubert-like melody – Eugene Lifschitz, solo cellist of the Staatsorchester Kassel, let it flourish to a delicate beauty with a clear, sensitive tone…a true romantic journey: colorful, dynamic…”

“We have with Beethoven contrasts and an enthralling rhythmic energy. Lifschitz illuminated this impressively.”

Since the season of 2019-2020 Eugene Lifschitz is the Principal Cellist of the Hamburg Symphony Orchestra, he was the Principal of Staatsorchester Kassel from 2015-2019.

Eugene Lifschitz has performed as soloist with the San Jose Symphony, the Fremont Symphony, the Filarmonia Pitesti (Romania), the Orquesta Sinfonica Municipal de Piura (Peru), Tucuman Philharmonic (Argentina), the Padova Symphony Orchestra (Italy), and the San Francisco Concerto Orchestra with which he gave his orchestral debut at age 10.

He has performed in recital with artists such as violist Paul Coletti, cellist Eric Kim, clarinetist Julian Milkis, violinists Daniel Hope and Ingolf Turban, the pianist Robert Levin, and the cellists Wolfgang Boettcher and Wen-Sinn Yang. He has appeared in live broadcast concerts on National Public Radio, on PBS with Michael Tilson Thomas’ series as well as broadcasts in Europe and Russia.

Eugene Lifschitz has been a guest principal cellist with orchestras such as Staatskapelle Dresden, Bremen Philharmoniker, Hannover Staatsoper, and Norddeutsche Radio Orchestra Hannover.

He is on the faculty of the International Academy of Music of Burgos (Spain) and the Festival Castelnuovo di Garfagnana (Italy). He gives regular masterclasses around the world, including Ukraine and Argentina.

In addition to numerous performances with chamber groups throughout Europe Eugene’s most recent appearances include performing rediscovered works of Nikolai Korndorf and touring in Switzerland, America, and Germany with his Triptych for Cello and Piano with Marina Vasilieva. As well as touring with Elina Axelrud with the Rachmaninov and Chopin Cello Sonatas.